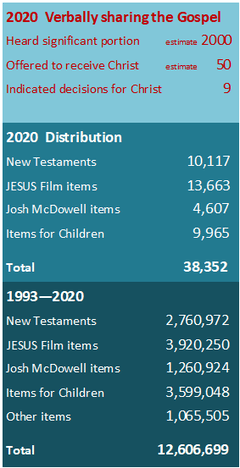 1 Hezekiah sent to all Israel and Judah, and wrote letters also to Ephraim and Manasseh, that they should come to the house of the Lord at Jerusalem to keep the Passover to the Lord, the God of Israel. 2 For the king and his princes and all the assembly in Jerusalem had taken counsel to keep the Passover in the second month— 3 for they could not keep it at that time because the priests had not consecrated themselves in sufficient number, nor had the people assembled in Jerusalem— 4 and the plan seemed right to the king and all the assembly. 5 So they decreed to make a proclamation throughout all Israel, from Beersheba to Dan, that the people should come and keep the Passover to the Lord, the God of Israel, at Jerusalem, for they had not kept it as often as prescribed. 6 So couriers went throughout all Israel and Judah with letters from the king and his princes, as the king had commanded, saying, “O people of Israel, return to the Lord, the God of Abraham, Isaac, and Israel, that he may turn again to the remnant of you who have escaped from the hand of the kings of Assyria. 7 Do not be like your fathers and your brothers, who were faithless to the Lord God of their fathers, so that he made them a desolation, as you see. 8 Do not now be stiff-necked as your fathers were, but yield yourselves to the Lord and come to his sanctuary, which he has consecrated forever, and serve the Lord your God, that his fierce anger may turn away from you. 9 For if you return to the Lord, your brothers and your children will find compassion with their captors and return to this land. For the Lord your God is gracious and merciful and will not turn away his face from you, if you return to him.”

10 So the couriers went from city to city through the country of Ephraim and Manasseh, and as far as Zebulun, but they laughed them to scorn and mocked them. 11 However, some men of Asher, of Manasseh, and of Zebulun humbled themselves and came to Jerusalem. 12 The hand of God was also on Judah to give them one heart to do what the king and the princes commanded by the word of the Lord.

13 And many people came together in Jerusalem to keep the Feast of Unleavened Bread in the second month, a very great assembly.

Hezekiah sent out messengers to Israel and Judah inviting people to the Passover celebration. This summer Jesus sent more than two hundred messengers to the ports of the western Mediterranean Sea inviting North Africans to His Passover. Invitations came through New Testaments, Magdalena and JESUS Film DVDs, Josh McDowell’s More than a Carpenter, and children’s Wonder Books along with words spoken by the participants who were trained to witness with a Muslim.

The messengers went forth with authority. Often local officials stood opposed, but Jesus, “who opens doors that no one can shut” and who sent the messengers with “all authority in heaven and earth,” enabled many to continue to receive the “invitations” to the Passover Lamb.

Many North Africans who were offered the “invitations”, “laughed them to scorn”; often hindering other North Africans from accepting. Yet, as seen by the numbers distributed and the stories of the next column, “some men… humbled themselves” accepting packets. A good number of these indicated receiving Christ into their lives.

The stories that follow include the on-going witness of people impacted by previous years’ outreach. No one knows the date of Jesus’ return. It looks to be soon. Soon or not, when we meet in heaven there will be “a very great assembly” among which will be countless North Africans.

“… Behold, I have put before you an open door which no one can shut, because you have a little power, and have kept My word, and have not denied My name.”
– Jesus, Revelation 3:8 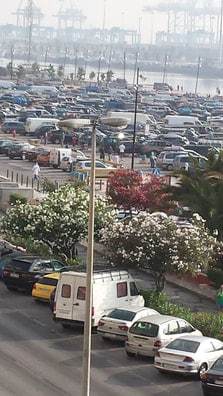 A man asked a distributor what she was offering.  He became interested, met with local and North African Christians, and began to attend church. Today he is living in his home country, still a clear witness of the Lord.

A woman with several children refused the materials until she saw the children’s Wonder Book. Then she accepted the entire packet.

A young man who heard the gospel while sitting on a curb, convincingly prayed a prayer to receive Christ in both Spanish and Arabic..

In a port terminal a woman smiled and nodded as she listened to the gospel. She repeated the prayer aloud, indicating receiving Jesus Christ.

A driver with a carload of travelers eagerly accepted a JESUS DVD upon hearing why God sent Jesus. Three passengers refused, but hearing how Jesus forgave the distributor, one reached out to take a packet.

Two women  accepted the gift after hearing an explanation of what it was. As the distributor walked away, they opened the packet, glanced inside the New Testament, and then put it away in their luggage.

Two young men refused a packet, with one saying he already had it and the other explaining why he would not take it. The distributor showed them John 1:1-14.  Moved, the second man took More than a Carpenter.

Three men of varying ages in a crowded terminal, urged on by the oldest, accepted packets. One later returned the gift; he had too much to carry. He lit up, however, when the distributor handed him a DVD.

A woman gladly listened to evangelists, holding their hands as they spoke.  She could not read so the evangelists explained the JESUS DVD. She planned to watch it once she returned to North Africa.

Two teenagers indicated receiving Christ when  Spanish neighbors shared the gospel with them. The Spaniards had recently been taught to witness in the power of the Holy Spirit.  Four North African men also shared their faith boldly after similar training in Arabic.

A couple, on their phase 1 lockdown walk, heard Arabic music from a parked car.  They offered a packet which was accepted decisively.

A man going to an end-of-Ramadan meal, refused the packet. When offered a USB he changed, accepting it with profuse appreciation.

A young man was reading the Wonder Book on some secluded steps.

Two men sitting, one using his phone, accepted USB drives. The phone-user mentioned Jesus over the phone and to the other man.

In a big city, after hearing a distributor’s personal story, a North African journalist and her friend made decisions to receive Christ.

A man sought to read a gospel presentation. A man tried to  dissuade him. The distributor then shared the Gospel’s importance using his story. The man held on  and a young guy nearby accepted a packet.

A woman accepted a packet, but, due to Covid-19, suddenly seemed scared. She took some tissues and grabbed the packet with them.

A vender at a flea market began to read his New Testament. Someone grabbed his books, throwing them beyond recovery. The distributor gave the vendor a USB, to his great delight.

A woman laughed with joy upon getting the New Testament, JESUS DVD, More than a Carpenter, and Wonder Book.

A young man, harshly rebuked for taking a packet, entered the port determinedly keeping his gift. Similarly rebuked, an older couple gently held on to theirs.

A woman accepted a packet without hesitation and asked for a second one to give a friend. She then began to read.
​
A man spoke positively about having a packet before. He accepted a USB to listen to the audio of the JESUS film.