In 1993, the first year of distribution, 35,000 New Testaments were distributed. The number of items distributed tripled the following year and tripled again the year after. Increases followed with expansion to other ports. By 2000 the total year’s distribution exceeded 1 million items with the peak year being 2002 coinciding with the high receptivity which followed 9/11. The continuation of distribution in Algeciras in 2002 was nothing short of miraculous. Morocco’s inexplicable invasion of a tiny, uninhabited Spanish island enabled a record summer in Algeciras and a record year all round.

Throughout the summer of 1997, one leader within the partnership voiced the need for Middle Eastern Christians to witness alongside of the distribution as, with so many materials having been distributed, many would be ready to respond. The first such teams began to arrive the following summer and saw almost 200 people of Muslim background indicating they had received Christ with them. No such numbers had ever been reported prior to this. The years that have followed have seen anywhere from 129, in 2004, to over 300, in 2000, indicate coming to Christ through the face-to-face witness of project participants. 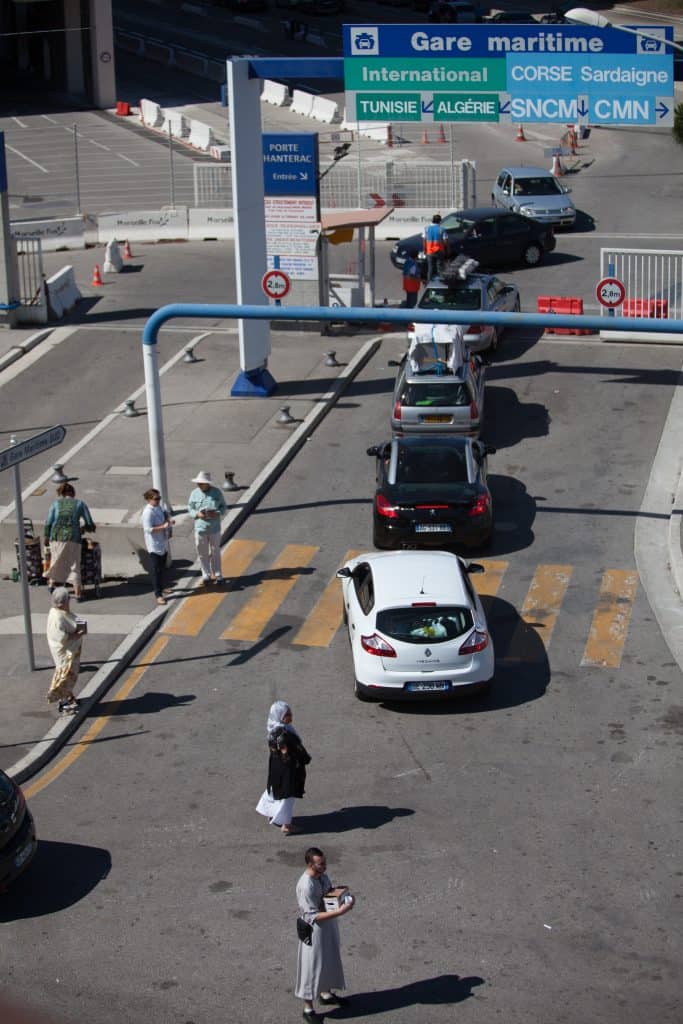 From the project’s inception,  priority has been given to follow-up, discipleship, and training. Recipients of materials received a form publicizing other ways to hear the gospel. Some attribute the initial success of SAT7, Arabic Christian satellite broadcasting, within Morocco and Algeria to the publicity it received at the ports. These publicity forms included opportunities to contact Christians and/or enroll in Bible correspondence courses.  Hundreds responded every year.

North African believers were involved as early as 1993, the first year of distribution. Training of North Africans to share their faith, do follow-up, and further disciple others began in 1995 in Algeciras. In 1997 this training took place in Marseilles and later moved to Malta where more North African residents could participate. By 2002 the national believers themselves preferred doing their own training in various locations either with or aside from Operation Transit.